During his studies, Zeb volunteered at the Sydney Exoneration Project and the Australian Institute of Criminology, while completing internships at the Public Defender’s Office.

Prior to joining Harmers, Zeb worked at a leading Australian insurance law firm where he provided advice and assistance to Australia’s largest insurers, including by overseeing investigations of suspected fraudulent claims.

Zeb has worked for the firm since February 2019. This period included a 1 year contract working for the Fair Work Ombudsman, during which Zeb built his knowledge and experience in issues of underpayments, employee classification, award coverage and entitlements.

Zeb works across all of the firm’s practice areas and has a particular interest in discrimination, industrial relations, workplace investigations and human rights law. Zeb has assisted a broad range of individual and corporate clients. Zeb also has an interest in management theory and organisational culture, and is currently completing an Honours thesis regarding the impact of organisational culture on communication strategies and styles, specifically within two contrasted trade unions. 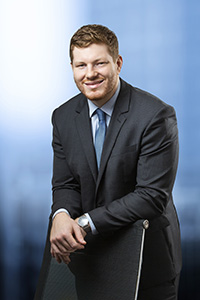