Prior to joining Harmers, Justin worked as a Tipstaff to a Judge of the Supreme Court of New South Wales.

Justin initially joined Harmers in 2016 as a paralegal, returning in 2018 as a solicitor.

During his studies, he volunteered with the Aboriginal Legal Service NSW/ACT and Redfern Legal Centre, completed internships with the Australian Law Reform Commission and Australian Human Rights Commission, and co-edited the university’s weekly student newspaper.

In 2017, Justin won the NSW Young Lawyers’ McCallum Medal for a speech about workers’ rights in the gig economy; and, in 2015, won the ALRC’s 40th anniversary student essay writing competition.

Justin also volunteers at the Marrickville Legal Centre and contributes to the Alternative Law Journal. 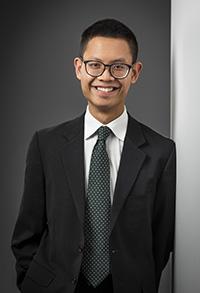