Patrick graduated from the University of Technology, Sydney in 2019 with a Juris Doctor and a Graduate Certificate in Professional Legal Practice. Patrick also holds a Bachelor in Communications (Public Relations).

Patrick volunteered his time at the HIV/AIDS Legal Centre (“HALC”) in Surry Hills while completing his legal studies. Patrick’s tenure at HALC involved Anti-Discrimination advocacy against gender, sex and disability discrimination as well as workplace victimisation across all Australian jurisdictions. HALC also provided Patrick with invaluable exposure to the administrative legal process. He was engaged to draft bespoke submissions against decisions made by the Department of Home Affairs and the Hon Peter Dutton MP on behalf of various, vulnerable international applicants. Patrick joined Harmers in 2019 as a Graduate-at-Law with working and transferable knowledge in the ever-developing area of mental health and legal mental capacity.

Patrick forged his style of advocacy during his time at university. He left his mark on the Australian Intervarsity Debating Championships by achieving top speaker score in his quarterfinals appearance. Patrick then went on to represent UTS at the 2008 Australasian Intervarsity Debating Championships hosted by Ateneo de Manila University, Philippines. Patrick was also a student finalist for the Law Society of NSW’s Golden Gavel. Patrick’s contributions to various organisations and communities were recognised in 2007 when he was awarded the Young Citizen of the Year Award for Marrickville Council.

Today, Patrick works across all of the firms practice areas. He has particular interests in discrimination law and employment law. 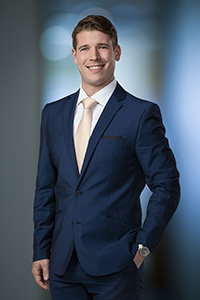